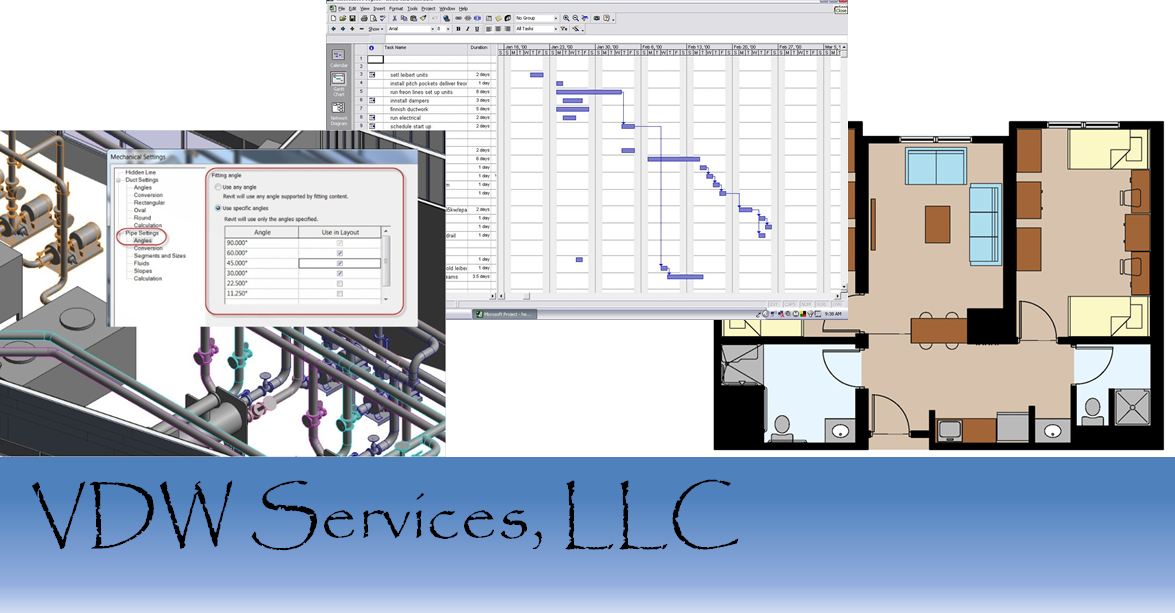 VDW Service's staff prides ourself on our proven success and integrity. Please let us introduce you to our primary staff:

Mike earned his Bachelor of Science in Civil Engineering from the University of Illinois at Urbana-Champaign in 2001. During his junior year, he joined the Navy as part of a college degree program. He later transferred to the Marine Corps, completing a total of 11 years of services and 3 combat deployments. At the conclusion of his service, he began work doing construction project management at the University of Virginia.

During his years of work, Mike has managed projects and people in a wide variety of situations, including the facilities department of a 100-bed naval hospital, the reconstruction efforts in the city of Fallujah Iraq, a company of more than 150 Marines, a $70M hospital bed expansion project, and two simultaneous $14M mechanical plants. His showcase project has been a $14M renovation and upgrade of an existing mechanical plant where he introduced the client to BIM, REVIT, and IPD and leveraged these to reduce costs, reduce schedule, and streamline the transition of project to facilities management.  Mike has also helped several clients and design firms create document and asset management systems for their buildings and campuses.

Heather earned her Bachelor of Science in Civil Engineering from West Virginia University in 2002, where she also joined the Navy in her junior year. She worked as a Civil Engineer Corps officer in the Navy for five years, managing major federal construction projects and public works facilities, including the management of more than thirty new construction, renovation, and utility infrasturcture projects at MCB Camp Lejeune and a deployment to Djibouti, Africa, as the assistant public works officer at the start of a major base expansion in 2006.

Upon her release from active duty, she was employed at a civil engineering design and consulting firm in Charlottesville for four years, where she progressed from a project engineer to the civil department manager of the Charlottesville office.  Heather's work was primarily in assisting municipalities in the design and construction of water and wastewater infrastructure projects and in the development of water supply plans.  She also conducted dam safety inspections and completed dam hazard analyses for public and private clients, reviewed site plans (SWM/E&SC/utility availability) for local municipalies, and completed financial analyses and grant applications for proposed infrastructure projects.

Megan is brought in as required to assist with design renderings, 3D modeling, and model integration.  Megan received her Bachelor of Architecture from the University of Virginia and his Master of Architecture from the University of Michagan.  In additional to standard design, Megan has built 3D modeling and design departments for several architectural firms and individual clients.

Patrick served as a Combat Engineer in the Marine Corps from 2006-2012.  Upon leaving the Marine Corps, Patrick established is own construction business doing both trade and general contracting.  Over the years, Patrick has not only personally executed many of the construction trades, as a foreman he has extensive experience reading drawings and specs, managing the day to day construction schedules, resolving construction conflicts and inspecting the work performed by others for quality and completeness.

Tom brings several specialized skills to VDW Services.  In additional to having worked as a construction manager for Blaze Construction, Tom spent 20 years in the Nassau County police department.  He has also served as the safety officer in several organizations and is well versed in OSHA construction safety requirements.  This collection of skills allows him to not only ensure the project is on task, but is also safe and secure.